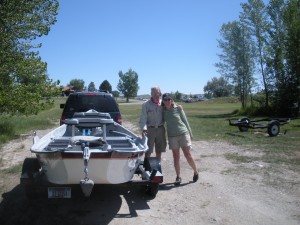 Abby and El at the Thirteen Mile Takeout 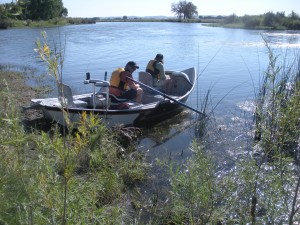 Abby and Tom on the Bighorn 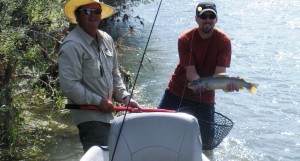 It had been about thirty years since I last fished the Bighorn. That was in a May with remnant drifts of a late blizzard everywhere and occasional snow flurries making us wonder about our timing. It turned out the fishing was great with good hatches of small mayflies and midges bringing the fish to the surface.

This time an old school friend from El Paso had offered his place on the river complete with a drift boat. How could we resist? This was more of a family trip that included our two three-year-old granddaughters. (They caught their first ever fish on the bass pond at the lodge next door. Thank you, Janel and Carlo.) Nevertheless, we managed the 13-mile float four times. After a guided one with Carlo, son Tom felt he could handle our friend’s drift boat. We landed some beautiful browns and rainbows including Tom’s 24inch six-pound male brown. Daughter Abby caught several of the biggest trout of her experience. Typical of Montana this year, the river was unusually high; nearly three times the usual flow. The fishing was almost all deep-drifted nymphs. Very few fish were seen rising while we were on the river at mid-day. It’s hard to fish late evening when the little girls need bedtime stories.  We gave hoppers a good try with no luck. One non-fishing day was spent at the Little Bighorn Battlefield nearby–a sobering bit of history. 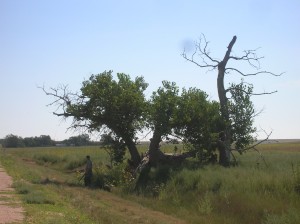 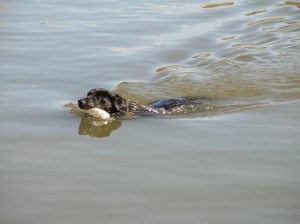 September 1st, that date we can always count on, can’t come fast enough. It’s been a long while for me since February quail at Oakland in South Carolina. I cut my teeth on doves around El Paso in the 1950’s. I can hit them a little better now than then, but that’s not the point. It’s the beginning of another season of birds, dogs, country and especially, old friends. Truthfully, the summer has flown by when I don’t think about it. I intended to shoot more clays but didn’t. I did spend many a Tuesday and Thursday morning training with my Lab Iris. We have perfect conditions; water and fields fifteen minutes from the house. Again this year, a pair of osprey has nested successfully nearby. The other morning three of their family were in the newly-cut alfalfa field apparently eating grasshoppers!