Though the story is mentioned by George Reiger briefly in my book The Paintings of Eldridge Hardie—Art of a Life in Sport, the influence my mother’s brother Eldridge King had on my journey to become a painter can’t be overstated. In 1946 he came to visit our family in El Paso after flying torpedo bombers and Corsairs for the Marines in the South Pacific. I was six and he was twenty-four years old. While with us he painted several watercolors, two of which hang in my living room today. I watched him paint one of them and was “fatally infected.” I had to learn to do that. With the war over, my uncle went on to Chicago and then to New York to become a very successful commercial illustrator. Over the years we would see his work in magazines like Ladies’ Home Journal and Sports Illustrated. He was an avid sports fan and painted covers for NFL game programs. As I was growing up, he gave me a very high quality aluminum watercolor paint box and a book, A Complete Guide to Drawing, Illustrating, Cartooning & Painting, edited by Gene Byrne. I devoured it. It had more to do with my development than any other single book I’ve ever had.

The summer I graduated from high school I visited Uncle El in Connecticut for a week and made daily train trips into Manhattan to his studio and to the Metropolitan Museum of Art, The Frick Museum, and American Museum of Natural History. While I knew I would be an artist, I didn’t know if I’d try to follow in my uncle’s footsteps and become a commercial illustrator. When I made an unfulfilling start in college in El Paso, he told me about Washington University in St. Louis, which had an acclaimed School of Fine Art. After taking a year off and working, I transferred and found just what I needed.

Eldridge King wanted to pursue painting as some of his friends like Tom Hill and Duane Bryers did but found himself unable to break away from his commercial work that paid the bills that supported his family. When I started leaning toward fine art he encouraged me to go for it.  How lucky could a kid be to have a role model like that! 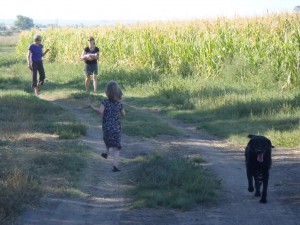 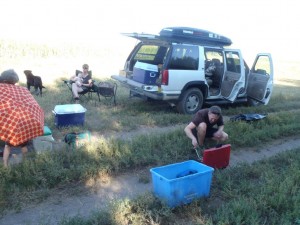 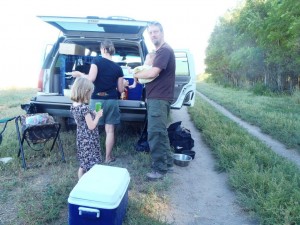 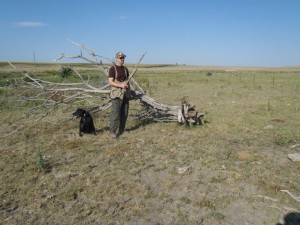 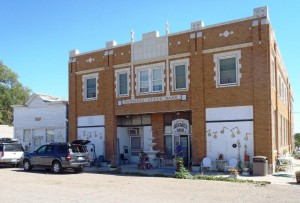 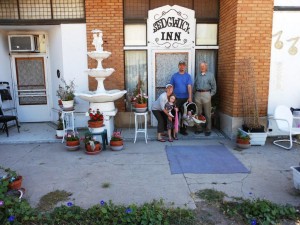 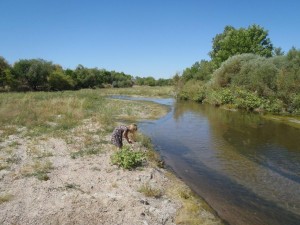 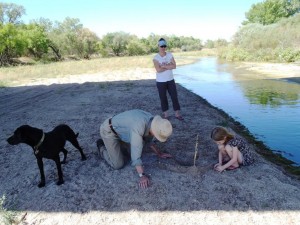 After a great opening day the week before, the doves and now-legal teal went AWOL. Does the success of the hunt depend only on the birds taken—six doves and one teal? These pictures argue otherwise.

Here is the whole story. Tom and I were impressed by the number of teal we had seen while hunting during the dove opener. I wanted to try the early season teal, and Tom didn’t want to be left behind. He came up with a way to blend time with his recently increased family and a hunt. We had a very pleasant late afternoon tailgate before trying doves on Saturday evening. We had just discovered a new bed & breakfast in the old Famers State Bank building in Sedgwick, a small farm town just down the road. It turned out to suit our overnight plan ideally. When it was obvious the Sunday morning teal hunting wasn’t going to be productive, Tom and I went back to pack up our family and find a picnic spot along the South Platte River on the way home. There are no illusions that this plan can be repeated in December or January with snow on the ground and temps below freezing!